It’s just a week to Autodesk University 2012 (post), and at CodeBook International we are busy packing our suitcases and preparing to show our awesome new Version 11 of CodeBook in Las Vegas (November 27–29 – come and see us on stand 1B).

As well as a radically revamped, richer user interface, which also includes a dashboard for displaying project status and progress, CodeBook v.11 has improved reporting and batch process management, plus enhancements for Revit users, including automation of C-sheet creation, support for Revit Design Options and Revit Phasing, and COBie support.

It is such a step forward, that I think of it almost as a new generation product, but let’s not go over the top with the marketing-speak.

In our news release about the release, Peter Mann, founder and CTO of CodeBook International, says:

“As the business has grown in 2012, I have been able to devote more time to the look and feel of the CodeBook application, and we have been developing the user interface. With many BIM users adopting dual-screen working, we are now presenting a more comprehensive view of the data stored in CodeBook, simplifing user tasks and reducing repetitive processes. This work has also benefited from the very useful feedback received from users of the CodeBook Mobile app launched earlier this year.”

We won’t be flying straight back after AU either. We’re off to exhibit at EcoBuild in Washington DC, December 3 – 7, where we will be on stand 325, and we’re hoping some of our East Coast friends come and see us there. 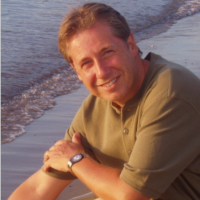